A Blast from the Past at Weeki Wachee Springs

Established in 1946, long before the Disney empire was even a twinkle in Walt’s eye, Weeki Wachee Springs (weekiwachee.com) was one of Florida’s first great tourist attractions. The brainchild of dive instructor Newton Perry, this old school theme park focused on the basics — pretty girls and the natural beauty of a first magnitude spring. Perry constructed an 18-seat underwater theater and taught his “mermaids” to swim with air hoses and flash enticing siren-like smiles at the audience. It was a hit on all levels. And it was a definite must-see on any Sunshine State road trip.

The American Broadcasting Company knew a good thing when they saw it, so they purchased the park in 1959. A larger theater was subsequently constructed, and with strong promotion from the network, this family-friendly park continued to enjoy a heyday well into the next decade. Unfortunately with the development of the mega theme parks, the appeal of simpler down-to-earth attractions like Weeki Wachi faded. In 2008 it was converted to a state park, and today the mermaids still “work their tails off” at this iconic Florida attraction.

The park features good access, with plenty of accessible parking near the entrance, and level access to the park from the fountain side of the entrance plaza. Once inside the park, there’s barrier-free access over to the Underwater Theater — also known as mermaid central.

Although low-tech by today’s theme park standards, the mermaid show is the highlight of any Weeki Wachee visit, especially if you have a little girl in tow. And even though it’s a definite hit with the little ones, it’s nice walk down memory lane for the rest of us.

There’s level access over to the theater entrance, near the spring overlook; and although the ramp into the theater is a bit on the steep side, there’s a large contingent of ushers available to assist folks who can’t manage the grade. Seating is available in bleacher-type seats with backs, with five steps down to the last row of seats. Wheelchair and companion seating is available behind the last row, and because of the setup of the theater, these seats also offer a good line of sight. And if you can’t manage the steps to the bleacher seats, let an usher know, and they will set up folding chairs for your party in the wheelchair section.

The underwater theater is pretty much like it sounds. Large windows grace the front of the theater, and when the curtains are pulled back guests are treated to a fun show with the mermaids, fish and turtles in the lagoon. Top that off with the occasional appearance of a cast member on stage, and some vintage clips of mermaids in training, and you have a very entertaining production. And after the show there’s even a chance to meet a mermaid over near the gift shop. All in all, it’s a great throwback to a simpler time, and a huge hit with the kids.

It should be noted that Weeki Wachee is extremely popular on weekends, holidays and during the summer. During this time admission is capacity controlled, and once the maximum number of guests are admitted, the gates are closed until space for new guests has been made. The park opens at 9:00 a.m., so it’s best to arrive by 8:30 a.m. in order to guarantee admission during the peak season. It should also be noted that even guests that have tickets and annual pass holders are subject to these admission rules. So plan ahead to avoid disappointment, but don’t miss Weeki Wachi on your next Florida visit.

‹ The Lodge by the Lake › Rolling Around San Francisco 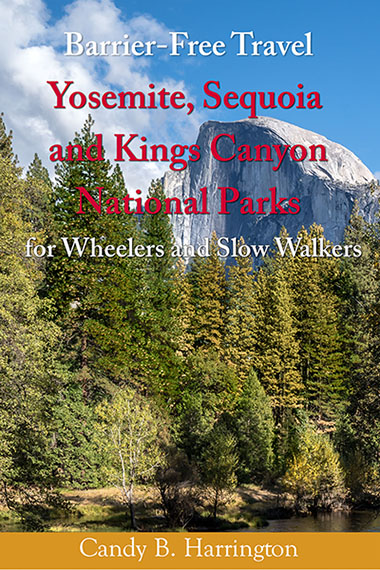