Although neon lights were once all the rage in Las Vegas, today those garish if not tacky signs have been largely replaced by modern LED displays and giant television screens. Still you can get a taste for this lost art, and learn a bit about Las Vegas history at The Neon Museum (www.neonmuseum.org) in downtown Las Vegas.

The history begins as soon as you enter the gift shop, which was formerly the lobby of the La Concha Motel. This aquatic themed property was built in 1961, and was designed to resemble a giant shell by architect Paul Revere Williams. It was originally located on The Strip, but it was moved to its present location in 2012. And even though the building is the epitome of retro, there’s a level entry and plenty of room to navigate a wheelchair around the shop. Automatic doors have also been added to improve access.

Guided tours of the boneyard, which has over 140 neon signs — most of which have seen better days — are conducted throughout the day and evening. Space is limited so it’s best to purchase tickets in advance on the internet. There’s level access throughout the boneyard along hard-packed dirt paths, with several benches strategically placed along the route. A word of warning though — it can get quite hot, so schedule your tour as early as possible. Loaner umbrellas are available in the gift shop, and you can also purchase bottled water there. Accessible restrooms are located near the boneyard, but because they are in the secure area, an employee escort is required.

The tour is excellent, as it includes tid-bits of Las Vegas history associated with select neon signs. Favorites include the Moulin Rouge sign (the first interracial casino), and the El Cortez sign (the longest running casino in Las Vegas), as well as the Lady Luck sign which was featured in Vegas Vacation. Then there’s the animated happy shirt sign from Steiner’s Cleaners, and the favorite Ugly Duckling sign from a defunct car dealership. The oldest sign in the boneyard, which dates back to the 1930s, is from the Green Shack Restaurant on Fremont Street; while one of the most unusual signs was fashioned to resemble a yucca plant, for a hotel of the same name.

And if you still haven’t had enough neon, be sure a pick up a map which points out the eight restored signs along Las Vegas Boulevard — now a National Scenic Byway. From the Hacienda Horse and Rider, to Binion’s Horseshoe and the Bow & Arrow Motel, there’s a little something for everyone along this route. 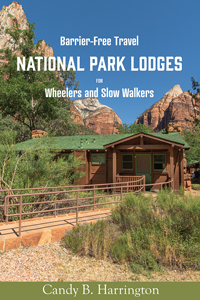