Trace the History of the Blues Along the Mississippi Delta

Located 75 miles south of Memphis, Clarksdale, Mississippi is ground zero for die-hard blues fans. Not only is it the site of the legendary crossroads, where Robert Johnson sold his soul to the devil in exchange for his guitar prowess; but the whole region has long been regarded as the birthplace of the blues. Although accounts differ on the exact spot of said birth, there’s no dispute that a massive amount of musical talent hailed from the area. Today, many of the historic delta juke joints are gone; however, it’s still possible to get a peek at the musical past at these accessible Mississippi Delta museums.

Housed in a former shoe store in downtown Clarksdale, the Rock and Blues Museum (www .blues 2rock .com) offers a somewhat eclectic yet impressive collection of music memorabilia. Accessible street parking is available on the corner of Second and Yazoo Streets, about a block away from the museum. There’s curb-cut access to the sidewalks, and although there are some uneven patches, it’s doable for most folks. The museum features a level entrance, good pathway access around the exhibits, and accessible restrooms in the back.

The exhibits begin in the Clarksdale Room, which highlights the local talent as well as outsiders who became town favorites. There’s a large collection of photos, posters and instruments, and a few heartfelt tributes to folks like Pinetop Perkins and Mr. Tater; but by far the most interesting artifact is Wade Walden’s barber chair. As the story goes, a haircut from Walden was essential for good luck, before hitting the road to seek out fame and fortune in Memphis.

The rest of the museum is a musical journey through time, from the early 1900s to the 1980s. Highlights include an exhibit about the life — and unfortunate death — of Bessie Smith, an old Muddy Waters contract, and an interesting collection of John Lennon’s erotic sketches. Every nook and cranny is packed with posters, photographs and albums, from artists like Etta James, Fats Domino, the Beach Boys, the Beatles and of course the Rolling Stones. There’s also a section dedicated to psychedelic music and the San Francisco Sound, and a black light room filled with vintage Fillmore concert posters. Top it off with a video about the Clarksdale blues scene, and you have a very comprehensive look at the genre that gave birth to rock and roll.

Another must-see in Clarksdale is The Delta Blues Museum (www .delta blues museum .org), which is just a short drive away. Dedicated to blues history and heritage, the museum is located in a former freight depot. There’s accessible parking in front of the 1918 property, with ramp access to the entrance, and plenty of room to maneuver a wheelchair in the 5,000-square-foot gallery.

Inside, the museum is filled with photos and memorabilia from famous musicians who got their start in the delta, including McKinley Morganfield — more commonly known by his stage name, Muddy Waters — BB King and John Lee Hooker. The well curated collection of artifacts features everything from an old WROX microphone to an autographed BB King guitar. And then there’s the 1939 Ford that musicologist Alan Lomax drove around Mississippi to record blues musicians for the Library of congress in 1941, and the remains of the cabin where Muddy Waters lived when he was a sharecropper.

And although the photos and posters create a historic timeline, it’s the videos that really bring these objects to life. Even if you’re not a huge blues fan, you’ll enjoy this museum because it paints a colorful, if not vibrant, picture of delta life.

Last but certainly not least, no visit to the delta is complete without a stop at the BB King Museum (www .bbking museum .org), located an hour south of Clarksdale, in Indianola. There’s accessible parking in front, level access to the entrance, and plenty of room to maneuver a wheelchair around the exhibits that serve to honor BB King’s life and music. Accessible restrooms are located down the hall from the gift shop, and a loaner wheelchair is available at the information desk.

Visitors are first treated to a movie about the history of the blues, before they continue to exhibits that chronicle BB King’s life. From the cotton plantation to the chitlan circuit and later to Fillmore West — where “those white hippie kids never seen anything like us” — the exhibits are brimming with interesting tid-bits. For example, BB King named all his guitars Lucille because he almost lost his life trying to save his guitar in a nightclub fire. The fire was started because of a fight over a gal named Lucille, and that moniker was a constant reminder to him to never do anything that foolish or risky again.

There’s also a replica of his home studio as it appeared in 2007 (a year before the museum opened), and an interactive 12-string guitar exhibit. And although the memorabilia and stories are interesting, the museum also illustrates how BB King and his music helped bridge the gap between the races that segregation had created. And that in itself is reason enough to include this don’t-miss site on your next Mississippi delta road trip.

‹ To Disclose or Not Disclose? › Capitol Reef Property Turns Over New Leaf 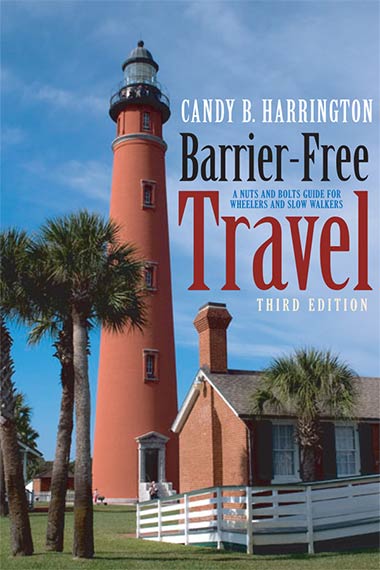